Dolphins are some of the most playful and social animals on the planet. There are many species of dolphins found in oceans and even rivers around the world.

Let’s learn about these fun, friendly creatures! Afterwards, you can try our fun coloring activity at the end! Most species of dolphins have several characteristics in common. They have smooth skin, flippers, and a large, triangular dorsal fin on their backs.

They have an eye on each side of their heads. Dolphin eyes move independently of one another, so they can look in two directions at once.

Dolphins have about 100 teeth and a long, thin snout. 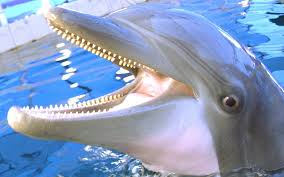 They have a blowhole on the top of their heads. The blowhole contains a pair of nostrils, which dolphins use to breathe above water.

We usually think of dolphins as gray. However, different species can be white, brown, blue, black, or even pink.

Where do dolphins live?

Dolphins are found in every ocean in the world. Some like to live close to the coast, while others live far out in the ocean. 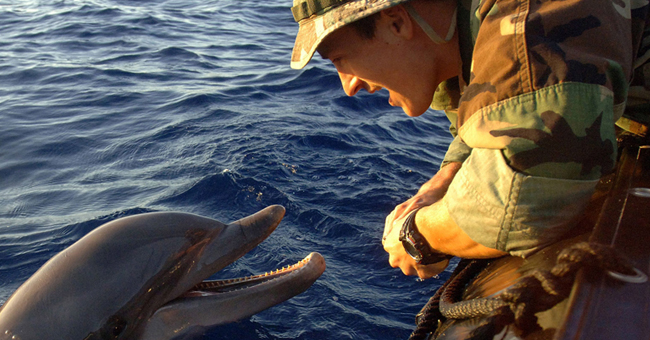 What do dolphins eat? 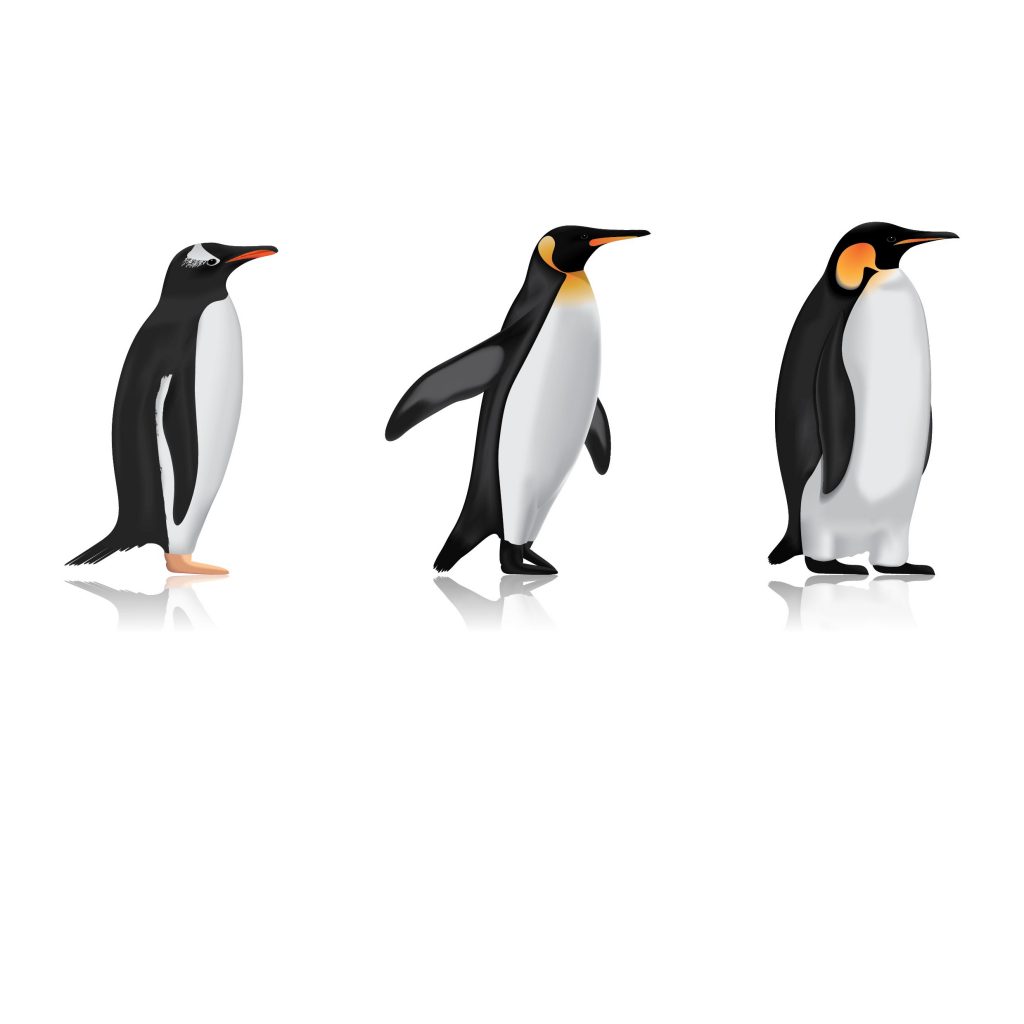 Dolphins use clicking sounds to herd schools of fish, then they often eat the fish together as a group. Bottlenose dolphins strand fish on mud banks, then eat them.

Dolphins are also known to follow whales, seabirds, and boats to eat the fish they scare up or throw away.

Although they have teeth, dolphin don’t chew their food. They catch fish and other prey in their teeth, then swallow them whole. Dolphins have multiple chambers in their stomach. One chamber digests food, and another stores it before digestion.

Do dolphins travel in groups?

Dolphins are social animals. They live, eat, and play in groups of anywhere from five to hundreds.

They often swim and roll in synchronized movements as a group. They communicate with clicks and whistles.

Dolphins work as a team. They trap and eat fish together, usually taking turns swimming through a school of fish and feeding.

They also help other dolphins who are hurt or sick. They take turns pushing the injured dolphin to the surface so it can breathe. 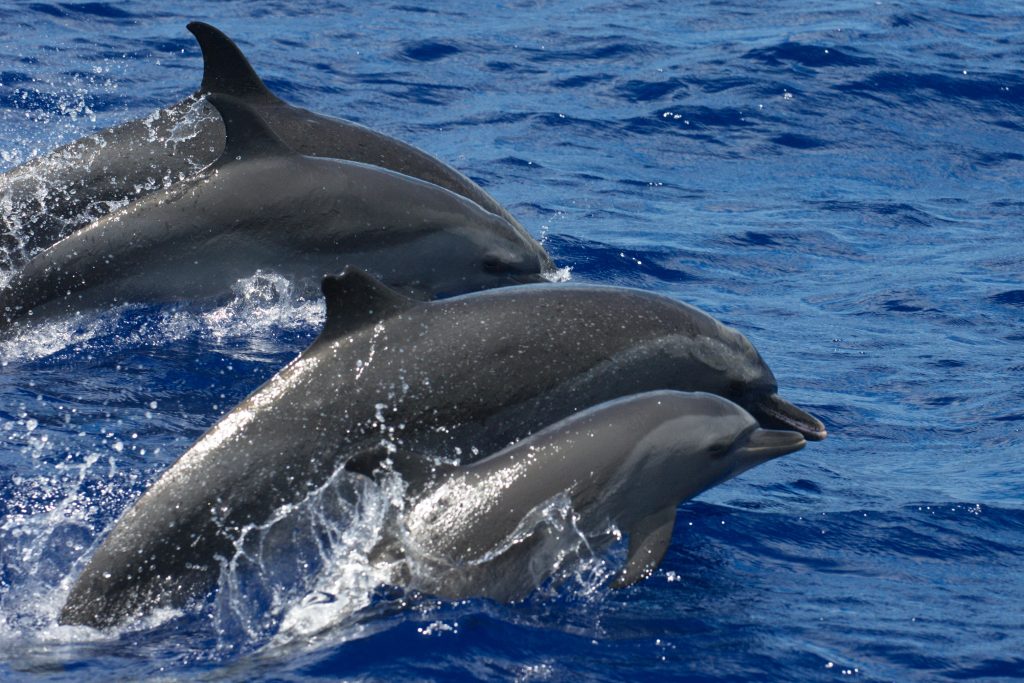 Dolphins even have names. Each dolphin has its own unique whistle that other dolphins use to call it.

Scientists believe that female dolphins often teach calves their whistles before they are born.

Female dolphins give birth to one dolphin calf at a time, although twins are a possibility.

When the calf is born, the mother must rush it to the water’s surface to take its first breath. Baby dolphins stay with their mothers until they are between 3 and 8 years old.

About ten species of dolphins are endangered. Threats to dolphins include habitat loss, fishing nets, dams, and predators like sharks. 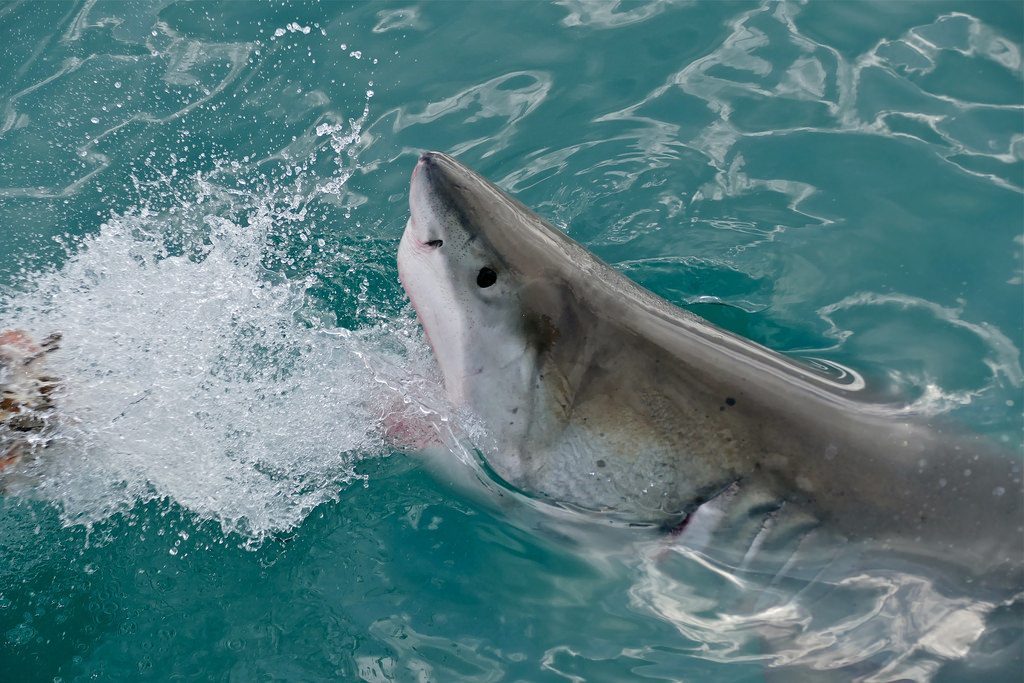 In 2000, many countries joined the International Dolphin Conservation Program.

This is an agreement to limit the number of dolphins injured and killed by tuna fishing.

In U.S. waters, species like the bottlenose dolphin are protected by the Marine Mammal Protection Act of 1972.

Other Interesting Facts About Dolphins 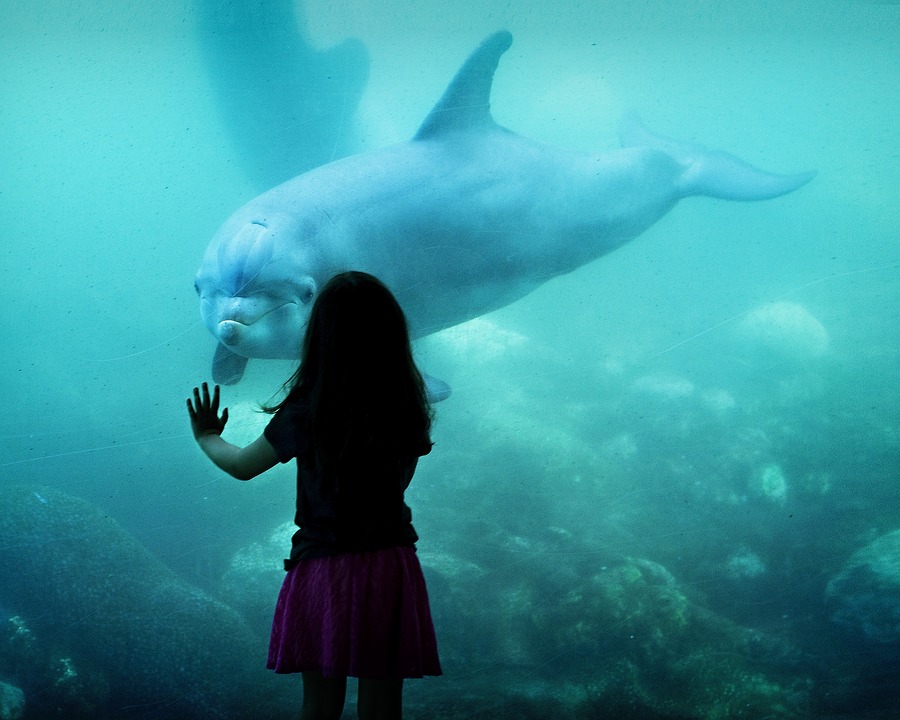 We hope you enjoyed learning some dolphin facts! Now it’s time to try our fun coloring activity where you get to color in a dolphin. Enjoy!