Dachshunds are a very small breed of dog known for their unique body shape, in which their bodies are much longer than their legs are tall. Because of this shape, they are sometimes referred to as wiener dogs!

Dachshunds are quite popular in the United States for their friendliness and excitability. They have very happy, easygoing personalities that make for great pets.

Origin – Where Do They Come From?

As their name suggests, Dachshund originally came from Germany in the 1600s. They were bred for their unique shape because it helped them burrow into the ground to hunt for rodents and badgers.

In fact, the word Dachshund is German for badger dog.

Despite their very small stature, their intended use is for hunting. This is not only because of their shape, but also their very brave demeanor and their highly keen sense of smell.

All of these things help Dachshunds dig deep into badger holes and maybe even chase the badgers out! 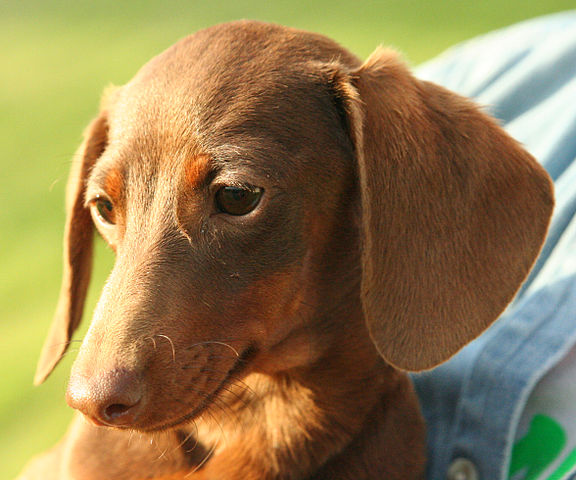 The Dachshund comes in one of two different sizes. There is a standard size, which can weigh in at around 16 to 30 pounds, and there is a miniature size, which typically will weigh much less than 16 pounds, usually under 11 pounds.

Like Border Collies, Dachshunds have different styles that their coats come in.

One of the types of Dachshund coats is a smooth and shiny one, another is wiry and rough with an outer layer, and the third is a long haired coat that is also smooth and silky.

Dachshunds can come in a variety of different colors. The most common colors are all brown or a black and brown blocked pattern, but many different variations of color are possible with Dachshunds.

As pets, Dachshunds are friendly and easygoing, but they can also be very energetic and, in particular, very brave.

Because of the nature they were bred to have as badger dogs, they are very likely to chase smaller animals, like birds, rodents, and cats. 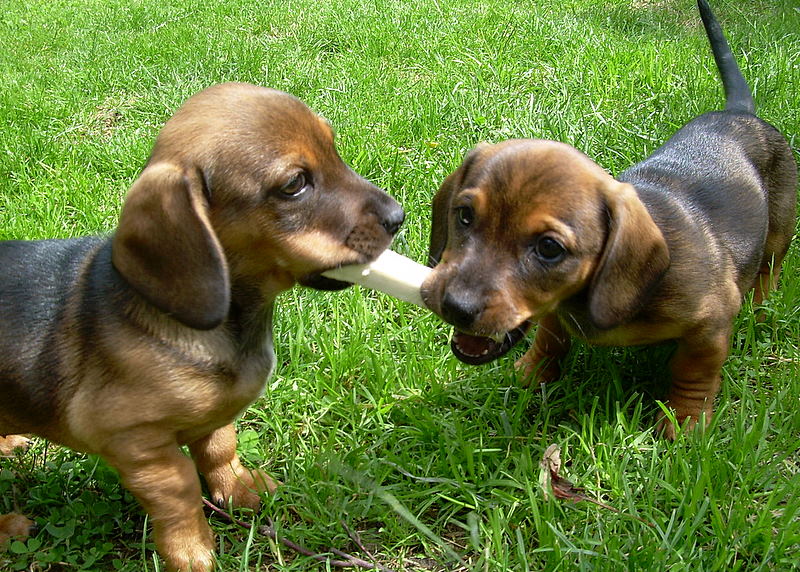 Because of their chasing nature, they love to play games like fetch. They are very loyal when it comes to the families that they live with, but also like the Border Collie, they can be closed off around strangers.

As watchdogs, they work very well because of their high alert and their loud bark. Their loud bark might come from the fact that they are part of a category of hound dogs.

Unfortunately due to the unique shape of Dachshunds, they are prone to back related health issues. To prevent spinal injury, owners of Dachshunds need to be very careful with the way they pick up and hold their dogs.

Another thing for owners to keep in mind in order to prevent back injury in Dachshunds is the use of a harness instead of a collar for leashes.

Because of their origin, Germany considers the Dachshund to be somewhat of a national mascot.

Two famous people that had Dachshunds for pets include Pablo Picasso, the Spanish painter, and Grover Cleveland, a former United States president.