Crocodiles are members of the order Crocodilia. They are large reptiles that look like they just came from prehistoric times. In fact, during the Mesozoic era the crocodile was one of the top predators in the world.

There are 13 species of crocodiles. One of the best known is the American crocodile. 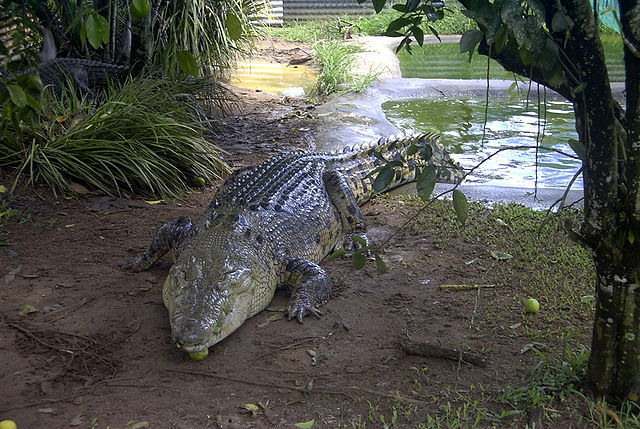 Overall, crocodiles can be found in Africa, Asia, Australia, and North and South America.

Crocodiles like hot, tropical climates. The American crocodile can be found in brackish water, as well as saltwater. Brackish water is a mixture of salt and freshwater. They can often be found in wetlands, ponds, coves, and creeks.

Crocodiles are large and scaly. They have a powerful tail that helps them swim in the water.

The American crocodile is gray-green or olive-green. It can be up to 15 feet in length and weigh up to 2,000 pounds.

The smallest crocodile species is the dwarf crocodile. It has a length of 5.5 feet and weighs as little as 13 pounds.

The largest crocodile breed is the saltwater crocodile. The largest ever found was 20 feet long and weighed 2,000 pounds.

Crocodiles can often be confused for their cousin the alligator. Crocodiles have a thin, narrow snout, while alligators have a broader snout. When the mouth is closed, you can see several teeth on the crocodile. You cannot see any teeth when an alligator’s mouth is closed. Crocodiles are carnivores that use their big strong jaws to catch their prey. They mainly eat fish, birds, frogs, and crustaceans.

To help with digestion crocodiles will swallow stones. The stones help break up the meat in the crocodile’s stomach.

Crocodile jaws can apply 5,000 pounds of pressure per square inch (humans do about 100). The crocodile jaw is very weak to open though, and can he held close with something as small as a rubber band.

Crocodiles are cold-blooded and rely on the sun to warm their bodies. They will either bask on the land or find warmer water to heat their bodies.

When the weather gets colder, crocodiles will dig a burrow near a source of water and hibernate.

“Crocodile tears” are, in fact, glands on the crocodile’s eyes. The glands produce a fluid that cleans and protects the eye from bacteria. 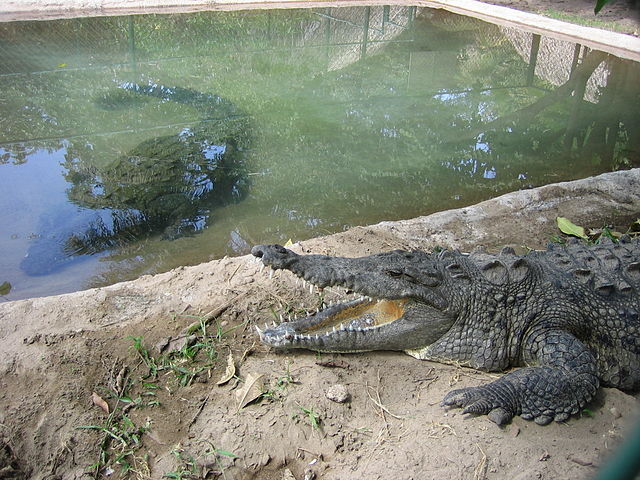 Crocodiles can live up to 75 years.

Crocodiles reproduce through eggs. The female crocodile will build a nest for her eggs and lay 10 to 60 eggs at once.

It takes between 55 and 110 days for the eggs to hatch. Baby alligators are between 7 and 10 inches long. Once hatched the mother crocodile will bring the young to the water but will not help care for them after that.