What are Clouded Leopards?

Clouded leopards are a specific species of big cat, much like cheetahs, lions, and tigers.

Clouded leopards are so named because of the particularly large, irregularly shaped spots they have on their bodies that resemble masses of clouds. 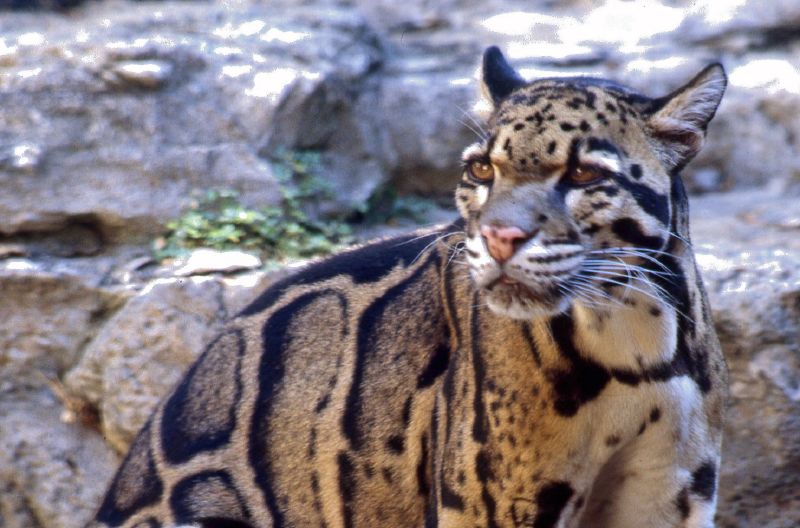 Clouded leopards have similar appearances to most other kinds of big cats, plus short, tan/light brown fur, with outlines of large spots all over their bodies.

The coloring of the spots is similar to the rest of their coat, but with large black outlines.

Generally, clouded leopards are very small for big cats, only weighing up to 35 pounds. Their musculature is very thick, which is noticeably different from slimmer cats like cheetahs.

Male clouded leopards are generally larger than females, sometimes even twice their size.

These cats are known for their very large paws, which makes them good at climbing. Their large paws also come with very long claws and a long tail.

Clouded leopards can be found in southern Asian countries, such as parts of China, India, Thailand, Nepal, Laos, and Vietnam. They do very well in forest environments in tropical locations and weather.

They thrive particularly in forest environments because of their love of climbing and hiding in trees. In their native areas, they tend to spend a large amount of their time up in the trees.

Clouded leopards are very solitary animals, much like tigers. They prefer to live and hunt alone, rather than living in groups. 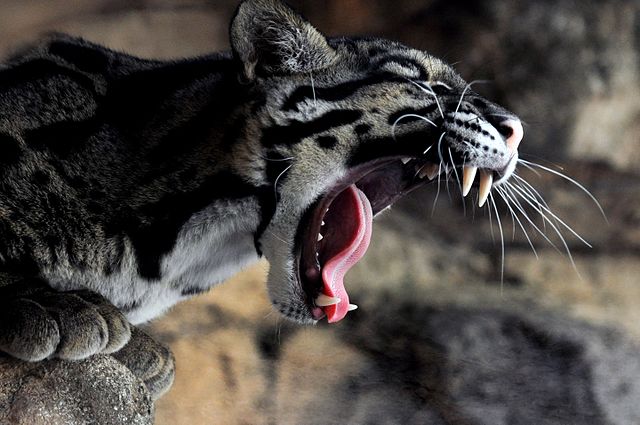 What Do Clouded Leopards Eat

Clouded leopards are actually sometimes hard to track, and they are very good at hiding, so scientists are not totally sure of everything that is included in a clouded leopard’s diet.

However, based on their anatomy and biology, it is likely that they prey on small mammals that also live in tropical environments, such as young deer, pigs, goats, and birds.

It is also assumed that clouded leopards hunt by hiding in trees, watching the animals on the forest floor below, and jumping down to surprise their prey. They are able to catch their prey very quickly due to their large claws and very big teeth.

Like cheetah cubs, baby clouded leopards are very vulnerable to possible predators due to their size, so it is important that they stay with their mothers for protection for a certain amount of time.

Even though clouded leopards are solitary, mothers will keep their babies with them for protection for around 10 months before they are ready to start living on their own.

Clouded leopards can live for up to around 15 years. 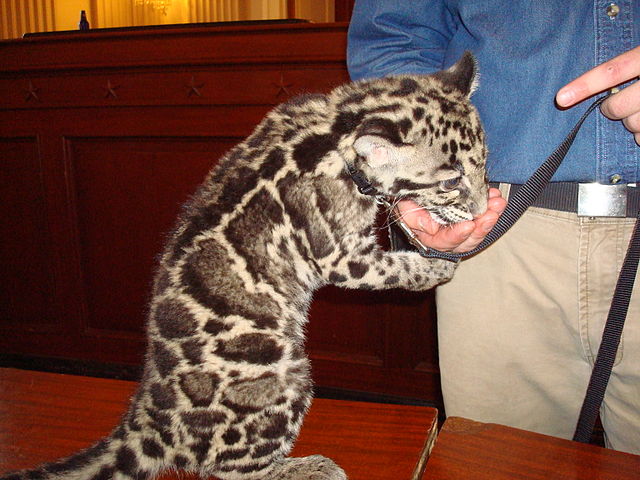 Clouded leopards are on the endangered species list, most likely because they prefer forest environments, and forests are quickly being cut down for industrial development all over the world these days.

There are laws in their native countries that are meant to protect clouded leopards from hunters, but some of them are likely hunted anyway.

Because of its much smaller size and its small roar, some scientists say that the clouded leopard should have its own category of animal species, and be called a medium cat instead of a big cat.