Cheetahs are one of the several species of big cats, similar to lions, tigers, and leopards. Cheetahs are most known for their extremely high speeds for land animals, up to 70 miles per hour!

In fact, they can reach these speeds from a standstill within only a few seconds.

However, these bursts of speeds do not last for more than the few seconds they need to catch their prey. Generally, they only need to run at top speed for about 500 meters before they successfully catch their prey. 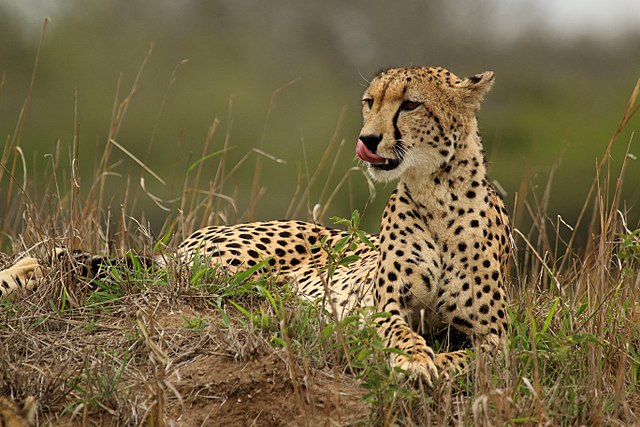 As you can imagine, cheetahs look like very large versions of house cats. They have a common pattern on their coats, though, with short fur in tan/light orange color, black spots, and white bellies.

This appearance helps their abilities to blend in with the tall grass around them in the African savanna where they live. This camouflaging can help cheetahs sneak up on their prey.

Additionally, cheetahs can grow quite large, up to 140 pounds and around 4 feet long, but they are quite slender in comparison to other big cat species.

They have very long legs in relation to the rest of their body, likely to help with their ability to run.

Male and female cheetahs do not look noticeably different from one another, with the exception of a slight size difference.

As mentioned before, cheetahs are most commonly found in Africa, although sometimes they can be found in parts of the Middle East. Cheetahs generally live in very open areas, such as savanna and grasslands.

Female cheetahs prefer solitude, and will live and hunt by themselves, unless they are caring for their cubs. Male cheetahs, however, tend to live in groups of cheetahs, commonly referred to as coalitions. What Do Cheetahs Eat?

Cheetahs will use their incredible speed to chase down many different kinds of prey in the African savannas. Because of their size, speed, claws, and teeth, they are able to hunt relatively large mammals, such as hooved animals (impalas, gazelles), birds, and rabbits.

Cheetahs tend to limit their hunting times to sunrise or sunset. This is common with many kinds of predatory animals as well.

Cheetah offspring, called cubs, will spend many months living with their mother. A typical grouping of cheetahs is either a lone mother and her cubs, or a group of males. Females do not generally spend time hunting together.

Cheetah cubs need a lot of help learning how to be cheetahs and how to hunt for food when they are young. Their natural predators include hyenas and other big cat species, such as lions and leopards.

They need protection from their mothers for a long time. 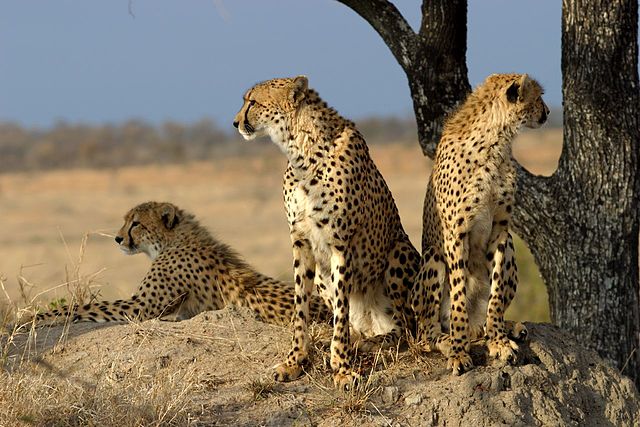 Cheetahs are endangered in the wild, and their population is in decline.

Cheetahs are naturally very anxious animals, and sometimes zoos, such as the famous San Diego Zoo, will give them Labrador Retriever dogs to grow up with, as Labs make very calm and gentle companions.