The bright red cardinal is a beloved bird. It’s the mascot of several sports teams, the state bird of several states, and even makes an appearance in the Angry Birds movie!

Cardinals are known for their brilliant color and beautiful songs, but there’s much more to learn about these scarlet songbirds. Let’s get started! 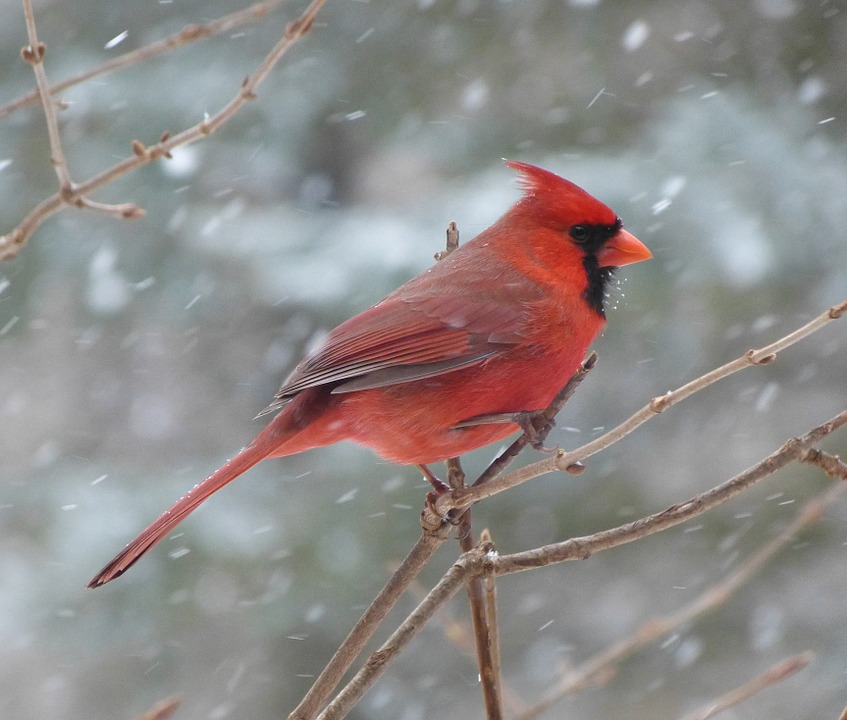 The cardinal is a long-tailed songbird. Both males and females are about eight to nine inches long and weigh about 1.5 ounces. Their wingspan is typically 10 to 12 inches.

Cardinals have a short, thick, red-orange bill and a crest (sometimes called a crown), which is a group of feathers on top of their heads. Both male and female cardinals have black faces around their bills.

However, there is one major difference between male and female cardinals. Males are bright red and females are pale brown with reddish wings, tails, and crests.

Where do cardinals live?

Cardinals are mostly found in the Southeastern United States. In recent years they have expanded as far north as Canada.

There are few cardinals in the western United States, but some do live in the desert Southwest. They can also be found in parts of Mexico and Central America.

Cardinals need dense bushes for nesting and may live in city parks, forest clearings, swamps, and other brushy habitats. 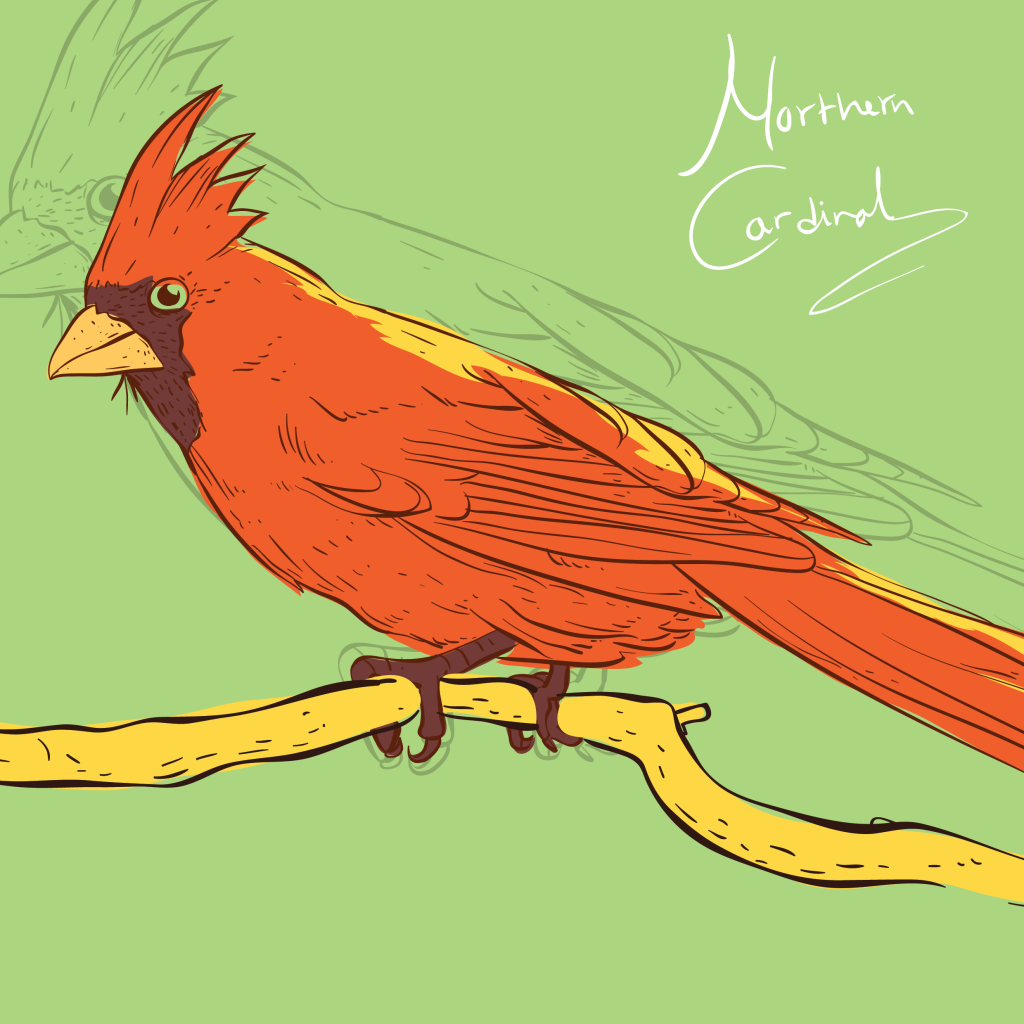 Unlike many other species of birds, cardinals do not migrate.

What do cardinals eat?

Cardinals eat seeds, berries, and insects. This may include grasshoppers, caterpillars, beetles, ants, flies, spiders, snails, and others.

Their diet is mostly made up of plant matter such as leaf buds, flowers, seeds of weeds and grasses, and many wild fruits and berries.

Young cardinals are fed mostly insects by their parents.

The song of female cardinals appears to give males information about whether to bring food to the nest. Cardinals have many different songs and calls.

Cardinals are social and gather in flocks, sometimes even flocks that include birds of other species. 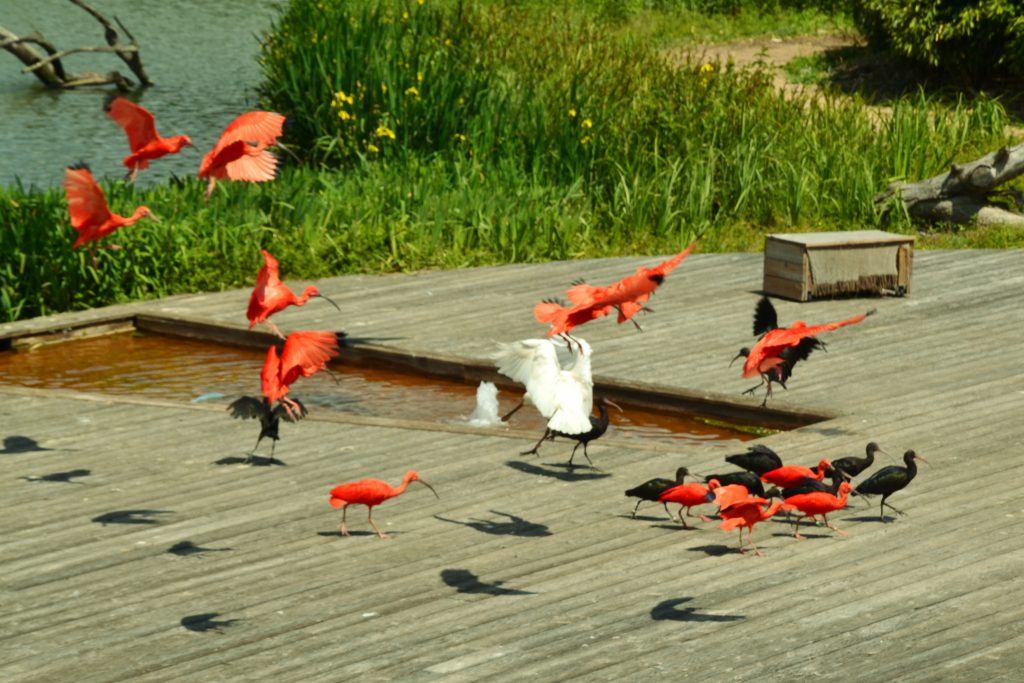 However, they do pair off when it’s time to lay eggs. Once a male and female cardinal pair up, they stay together for life.

While the female cardinal incubates the eggs (sits on them), the male cardinal feeds her. There are usually 3-4 eggs, although there are sometimes two or even five.

The cardinal population is stable. There are an estimated 100 million cardinals in the world.

Threats to the cardinal include predators like owls, foxes, hawks, opossums, cats, and cowbirds.

Cowbirds are especially dangerous for young cardinals, and female cowbirds may remove cardinal eggs from the nest. 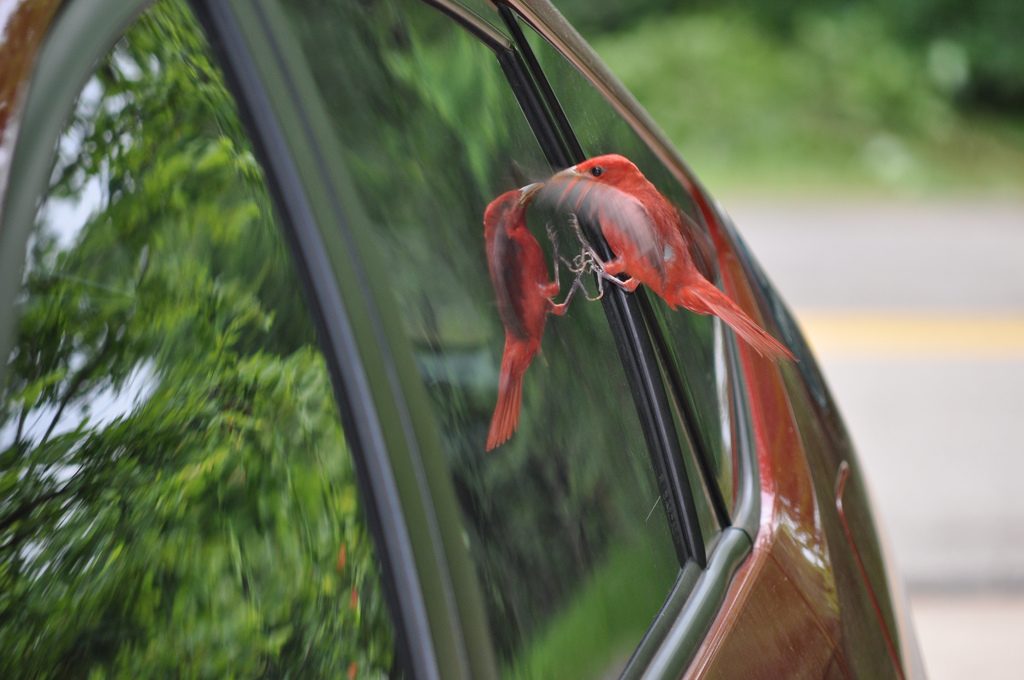 Pesticides can be harmful to cardinals, and so can windows. Aggressive male cardinals sometimes see their own reflection in a window and charge, thinking it’s a competing male.

Overall, however, the cardinal population appears to be increasing. The species is unlikely to be endangered any time soon.

Other Interesting Facts About Cardinals 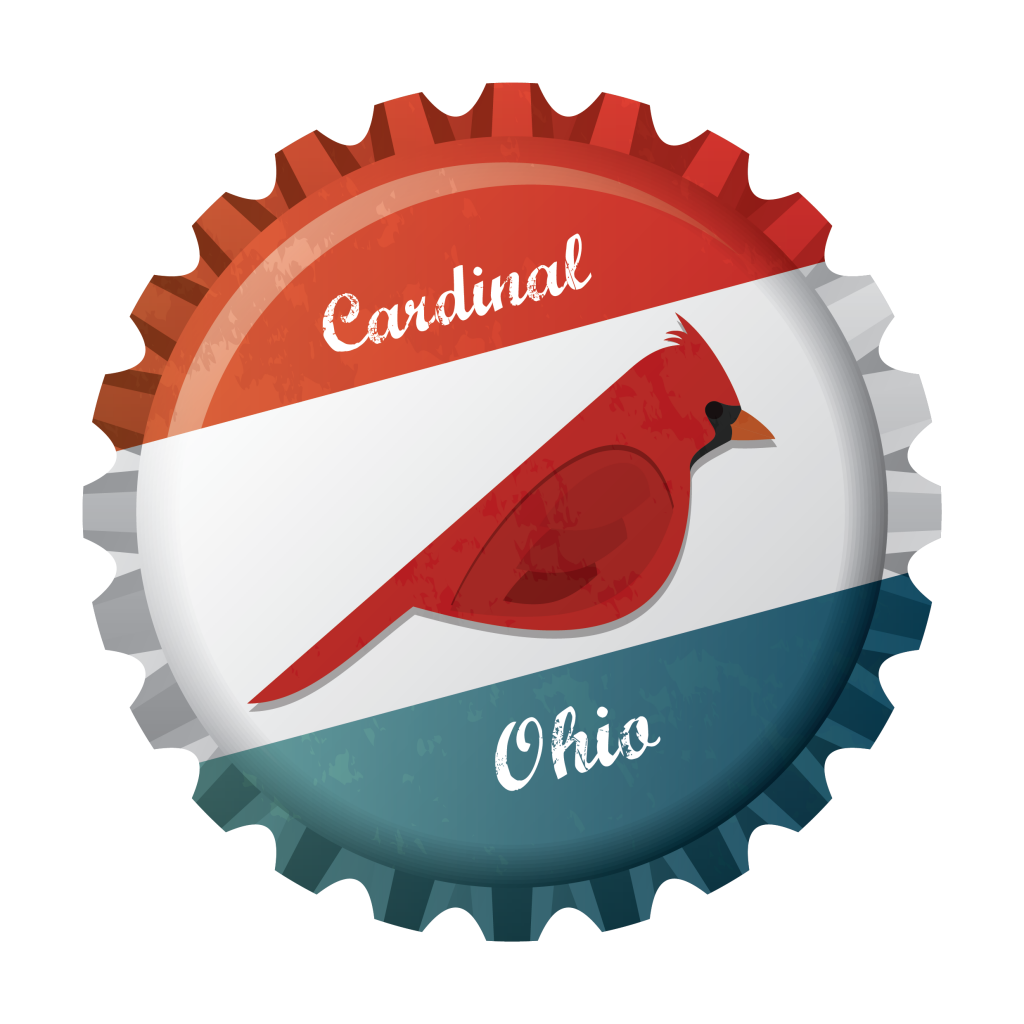