A butterfly is an insect that has a four-part lifecycle: egg, larva, pupa, and adult. The larva is the caterpillar stage and the pupa is called the chrysalis stage. The change it undergoes from the pupa to an adult is called metamorphosis.

A butterfly lays its eggs on the underside of leaves using special waterproof glue. Many butterflies are able to taste leaves with their feet to find just the right leaf to lay its eggs on. This makes sure the caterpillar has a good source of food when it hatches from the egg. 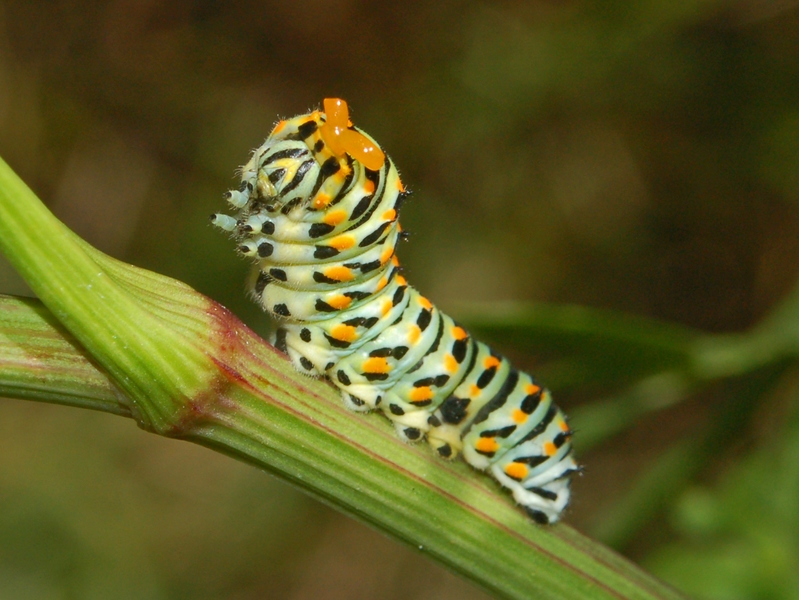 While in the caterpillar stage, the leaves of the plants serve as food. When the caterpillar is fully grown, it attaches itself to a branch or a leaf and then sheds its outside layer to reveal a hard shell underneath. This is the pupa or the chrysalis stage. The adult butterfly will eventually emerge and wait for a few hours so that its wings will dry and fill with blood.

Some butterflies can see a variety of colors. They use their antennae to smell nectar in flowers and special nerve endings in their feet to taste the nectar. They feed on nectar and water through a sucking tube under the head called a proboscis. The proboscis is curled up and almost invisible when it is not in use.

Butterflies do not breathe using lungs and they do not inhale. It takes in oxygen through vents in the thorax called spiracles. These spiracles are attached to tubes that distribute the oxygen throughout the butterfly’s body. This is called passive respiration because it does not require any action of the butterfly. The Monarch butterflies seen in Canada during the summer migrate 2,000 miles to Mexico in the fall and return to Canada in the spring.

At the larva stage, the caterpillar sheds its skin or molts. It does this five times before going into the pupa stage. Each molt is called an instar. In the fifth instar, the Monarch caterpillar attaches itself to a branch or leaf and spins a silk cocoon which hardens. The adult slowly changes into a butterfly while in the cocoon.

The male has a black spot on the hind wing and the female does not.

The Blue Morphos is found in rainforests in Central and South America, Costa Rica, and Mexico. It is a stunning butterfly that has brilliant, metallic blue wings that shimmer and look blue in the sun.

While in the larva stage, the caterpillar is very hairy and rusty-brown in color with bright yellow or green spots on its back. The hairs are prickly and act as a defence when a predator tries to attack it. If disturbed, it produces a terrible smell.

When the caterpillar becomes a chrysalis, it emits an ultrasonic noise to defend itself. 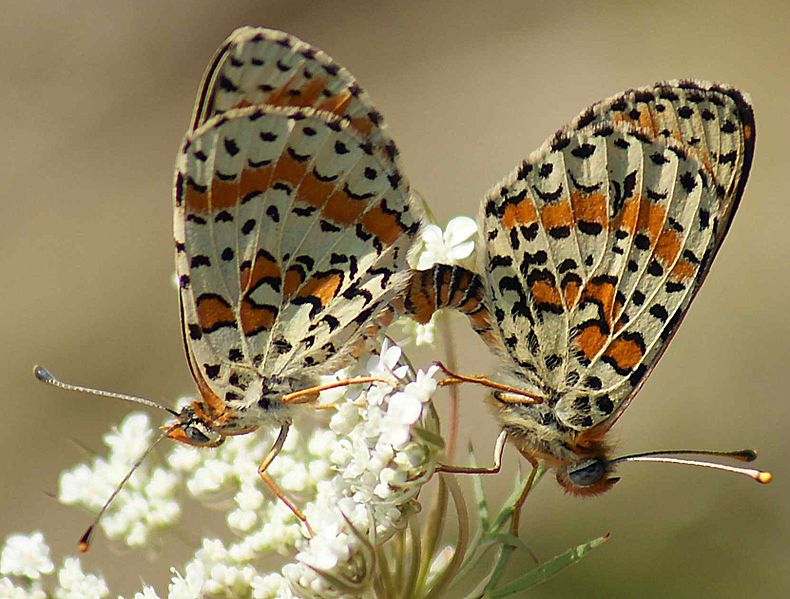