Brook trout, also known as “brookie” and speckled trout, are members of the salmon family. They live in cool water in areas of Canada and the United States.

Brook trout are members of the char subgroup of the salmon family. Also known as spotted trout, they can be distinguished from other trout and salmon species by light colored spots on a dark colored body.

The brook trout is typically olive-green with yellow spots. Along its side, the brook trout’s color looks more orange or red, with scattered red spots outlined in pale blue.

It has a wavy, worm-like line on its back. It also has orange or red lower fins with white edges. Its belly is white.

Brook trout come in many different sizes. Their size depends on water temperature, food sources, and other factors. In general, most brook trout reach 9 to 10 inches in length. 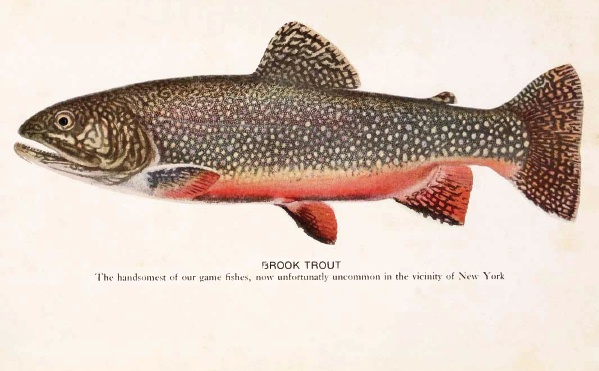 Where do brook trout live?

They are native to eastern Canada and the northeastern United States. They can be found as far west as eastern Minnesota.

Originally, the brook trout’s range also included the Appalachian Mountain. They can still be found in some high elevation streams as far south as Georgia. 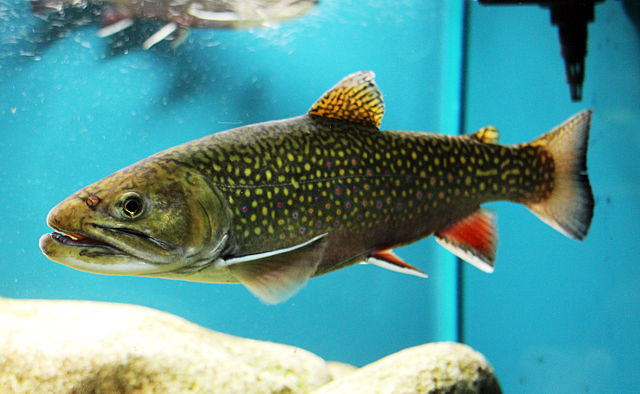 What do brook trout eat?

When they are young, brook trout eat plankton. As they grow older, they begin feeding on insects. They also eat worms, leeches, crustaceans, mollusks, amphibians, other fish, and even small mammals.

The stomachs of some brook trout have been found to contain plant remains too.

Brook trout are crepuscular. That means they’re mostly active at dusk and dawn. During mid-day, they retreat to deeper waters or shaded areas.

They are a migratory species. Some spend their entire life in freshwater. Others, called salters, are born in freshwater, then migrate to the ocean for their adult lives. They return to freshwater only to reproduce.

Brook trout have children during September and October, although young brook trout sometimes appear between February and April.

While young, brook trout usually find shelter in vegetation or in shallow water near the shoreline.

By the end of its first summer, the brook trout is typically three to four inches long. It usually takes two years for a brook trout to mature.

Brook trout are cautious and easily scared. However, they can be very aggressive predators. 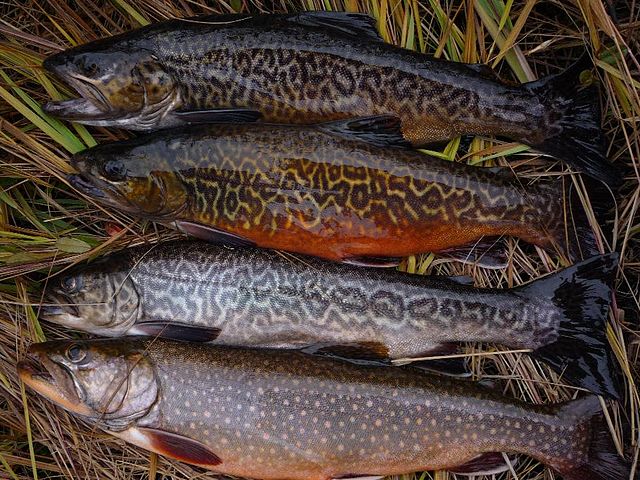 Threats to the brook trout include floods, droughts, and overharvesting. In addition, land use has led to a loss of cold-water habitat.

Non-native fish are usually more aggressive than brook trout and can be a risk for the fish. Brook trout also have several other predators.

Other Interesting Facts About Brook Trout